Posted on April 6, 2013 by Lose Weight and Gain Health

Another healthy day with a sweet ending.

I was looking forward to some of the lovely local ladies coming for supper so I decided to eat lightly all day.  I began with a smoothie, starring some of my favourite ingredients: banana, mixed frozen berries and a large portion of kale.  Blitzed with almond milk, chia seeds and some natural yogurt.

This smoothie was nearly 400 calories.  Half those calories came from the banana and yogurt.  The banana was the most calorific with 105 calories!  This was not the tastiest smoothie ever but so full of goodness I drank it and felt sated until lunch time. 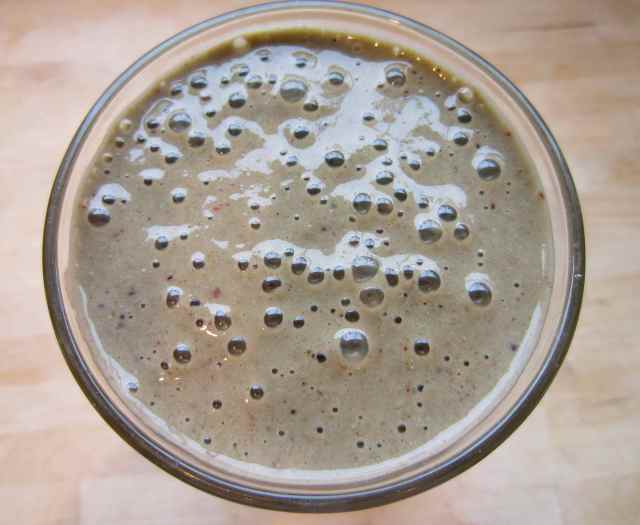 I try to eat oily fish twice a week and I really like sardines.  They are very good for you and have the bonus of being cheap.  For a change I bought sardines in chilli.

Which I served with a very simple salad of lettuce, cucumber, tomatoes, carrots and celery.  I was working from home which is why I had the opportunity to chop up all these veggies. 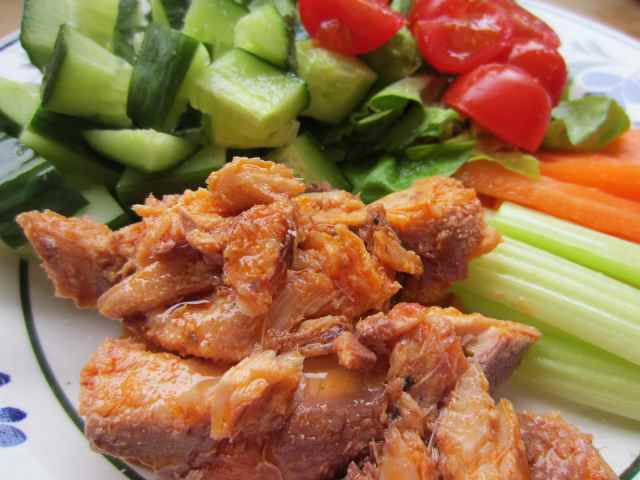 This healthy eating does not seem to be agreeing with Harvey!

At 5 pm on the dot I switched off the laptop and began baking.  I was making the kale frittata with millet crust I originally blogged about here.  I stuck faithfully to the original recipe today which you can find on Ashley’s blog here.

This is a much healthier version of a quiche.  Healthier because instead of using pastry, which has a high fat and low nutrient content, you use a grain instead.  The recipe calls for millet but I didn’t have enough and Vegetare don’t stock it so I used about 3/4 millet and 1/4 quinoa.  I am sure using all quinoa or even brown rice would work too.  I used coconut oil which does leave a coconut flavour.  If you don’t like coconut, you could substitute it with butter.

The first step is to cook the millet/quinoa in vegetable stock.  I even did the first step of lightly frying some garlic first and then adding the grains and stock.  Once it is cooked, you press it down in to a buttered pie dish which is much easier then I thought it would be as it clumps together well.  The crust needs to be baked before you add the filling.

I fried up some more garlic with home grown shallots and lots of kale then added to the crust.

Poured over the egg, ricotta and milk mixture and popped it in the oven. 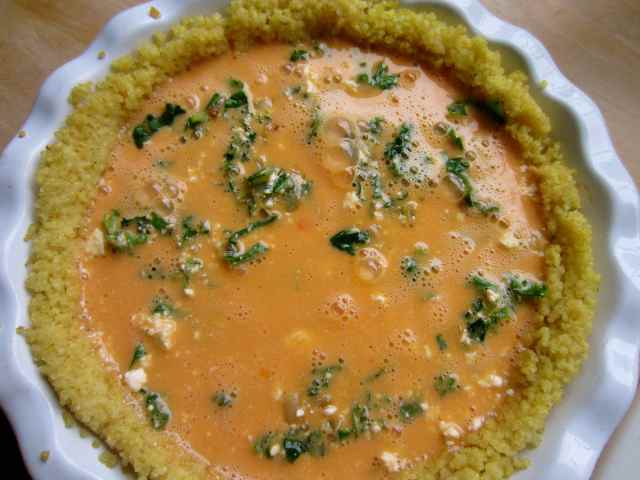 Once it is cooked, you grate cheese over the top and grill it.  Very simple to make and very tasty.  I couldn’t wait to get stuck in!

I served this with a tray of roasted vegetables.

I chopped up the sweet potatoes, white potatoes, onion and some fennel and placed them in a roasting dish with some olive oil, salt and pepper. 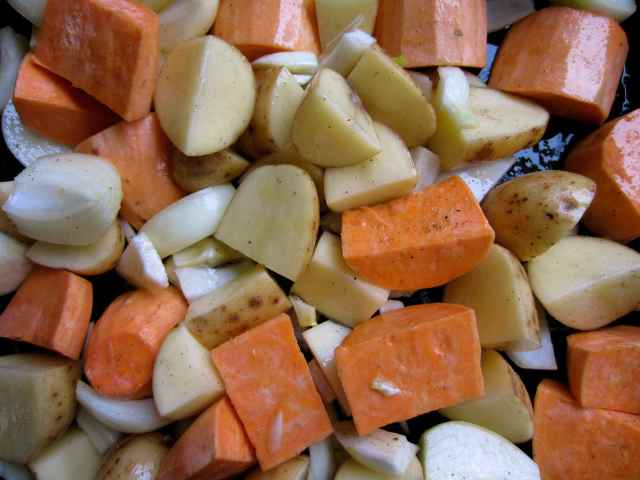 After half an hour I added peppers and large cherry tomatoes and cooked for another 20-30 minutes.  I did chop them up before adding them. 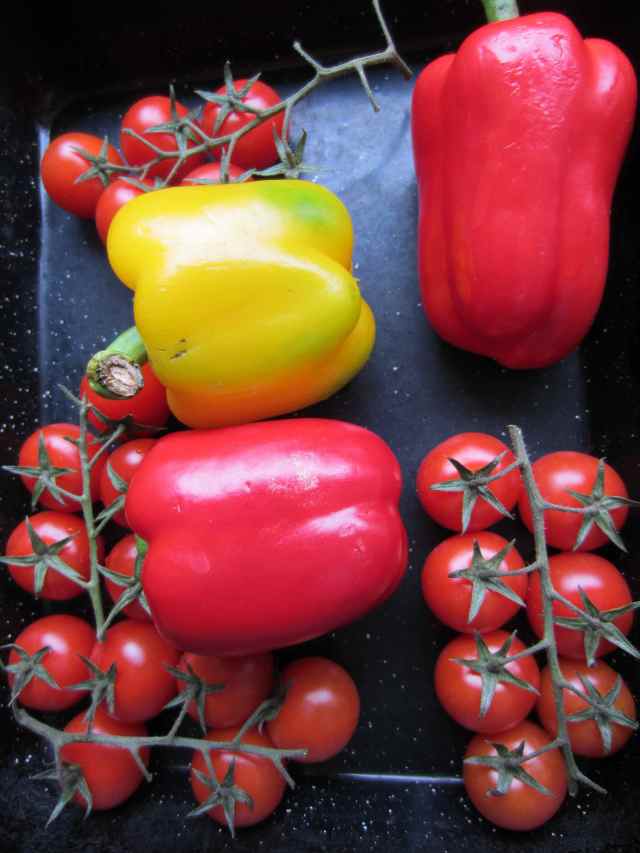 I also cooked salmon in foil parcels.  I made a fruit salad for dessert and Annette brought some flapjacks sweetened with apples and Vicky brought chocolate brownies.

I rarely take photos of my evenings and I didn’t last night either.  I like to relax and enjoy myself, which I did with Annette, Mirella, Vicky and Lou.  I ate a modest amount of supper and did not have any of the pink fizz Mirella brought  or any other alcohol.  However, I was unable to resist the brownies but I did choose a little one and I had 2 flapjacks.  So a very sweet evening after a very healthy day.  Obviously I should not have had the flapjacks or brownie but I had lots of calories saved for the evening and I did resist the ice-cream and wine.  So I didn’t go crazy and will be good again today.

Hi! My name is Zoe and I live in Hastings, East Sussex, with my son Harvey and dog, Milton. I have been fighting the fat for years but this time I am serious. I want to lose weight and gain health. This blog is about how I am changing my lifestyle so I can lose weight but not by just "being on a diet" but by making small changes to our lives so that as I lose weight, I gain health. I want my family to be healthy too and never have to struggle with their weight like I have. In common with many large people, I have gained and lost weight many times over the years. This time, I want to lose it and maintain a healthy low weight. I am interested in eating food that is nutrient dense and delicious and that appeals to children and adults. I do not eat animal products so follow a vegan diet. I try to use locally produced food supplemented with what I can grow myself. I support and try to use local farmers markets and farm shops. Another objective is to add more exercise to our days. It sounds so simple when I write it down :-)
View all posts by Lose Weight and Gain Health →
This entry was posted in Uncategorized and tagged Kale, Millet, Sardines. Bookmark the permalink.