Posted on January 7, 2012 by Lose Weight and Gain Health

I love lazy weekend mornings when we have time to make a leisurely breakfast.  At least until I remember Harvey has a swimming lesson so mid cooking we have a frantic dash out of the door.  But apart from that, let’s pretend I was not so ditsy this morning and we will return to the fantasy of my relaxed breakfast.

Very inspired by a recipe from Natural Noshing I attempted to recreate her Pumpkin Blueberry Breakfast Crisp.

This was very easy to make but it took longer than I expected, mainly from assembling all the ingredients.

I would say I absolutely loved it except my spice mix had too much clove in it which overpowered the flavour so I will skip that next time.  The topping, with its nuts, oats and maple syrup was particularly good.  A bit like a good flapjack but without a ton of added fat and sugar.  I really enjoyed it and felt full until lunch which ended up being late. 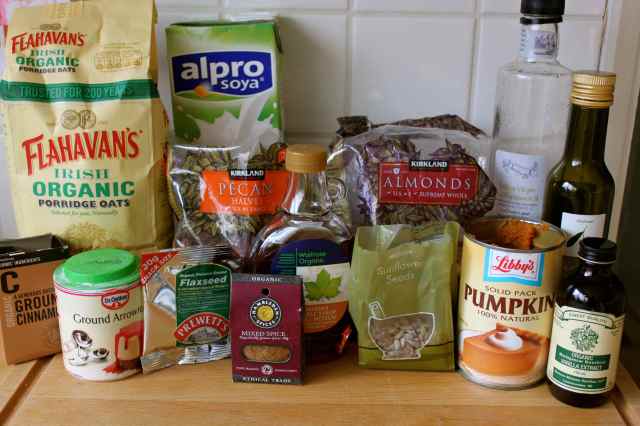 1. Preheat oven to 180 ° C.
2. In a small bowl, combine all of the filling ingredients and spread into a greased baking dish. 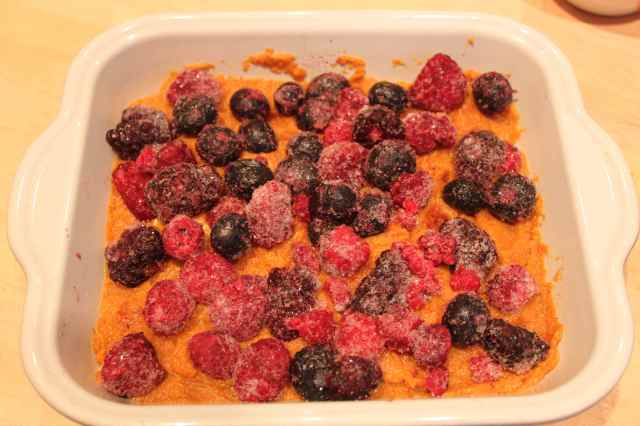 3. In another small bowl, add the topping ingredients except for the milk.  The mixture will be quite dry and crumbly.  Sprinkle and spread on top of the filling mixture.
4. Pour milk over the topping mixture.
5.  Bake for 30 minutes until top is lightly golden.

Serve it warm, from the oven. 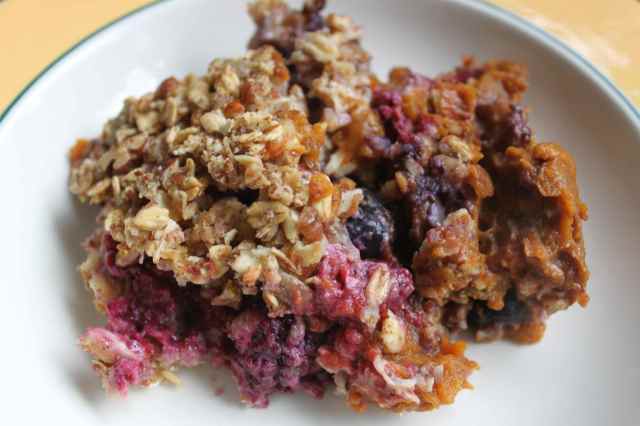 Top with a dollop of yogurt (if desired).   I used Greek yogurt which was perfect with it.

It was lovely to eat something completely different for breakfast.  I liked the contrast between the cold Greek yogurt and the sweet soft filling and the chewy topping.  This is a great dish and I will be making it again.  I made 3 portions from the above ingredients and have one saved for tomorrow, which I am looking forward to.

As a diet bonus, I calculated that this breakfast was 8 WW points for the crumble and 4 for the yogurt.  A superb start to the day, which was about to get better.

We headed for the coast and arrived to find Ramsgate bathed in sunlight.

We went to Deal for lunch which is 8 miles South of us.

Deal has a pebbley beach and is one of several in Kent where the boats are winched up the pebble bank which we were lucky enough to see.

I had wondered how the boats made it to the top of the beach.

There were lots of fishing pots on the beach.

Our destination was the pier.

I wanted to try Jasin’s Restaurant which is in an enviable position at the end of the pier.  What is it about piers that is so appealing?  Even ugly 1950’s built concrete ones like this. 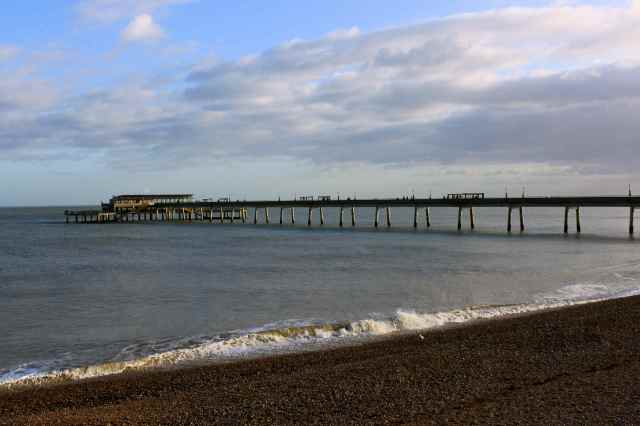 I love walking out over the sea and this pier is popular with angler’s particularly since it has a wonderful fishing platform so there are plenty of places to fish from. 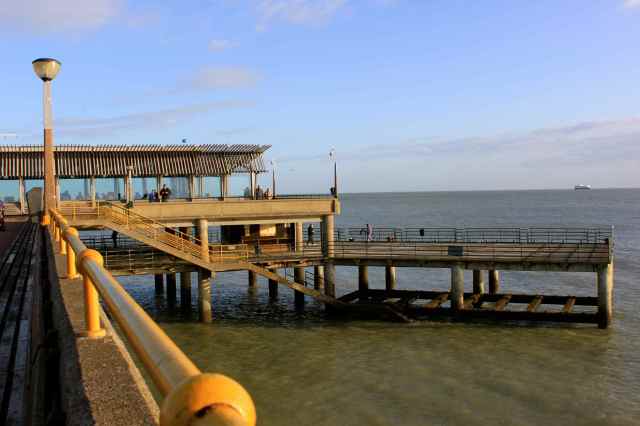 We witnessed some codling being caught and thrown back as they were too small.

Deal is an attractive town.  From the pier it looks as if it only consists of one row of houses but it is has quite a substantial shopping and residential area.

Initial impressions of Jasin’s were good.  LOVED the location, liked the building, LOVED the views.  We were unsure when we arrived whether it was a cafe where we should order at the counter or if to was a restaurant where we would receive waiter service.  It turned out to be the latter but we had to wait a while for any service.  I was disappointed to have a number on my table and a bowl full of sachets of mayonnaise, ketchup, mustard etc.  That makes me think of a cafe rather than a restaurant.  However, when we were finally served, the staff were very friendly and the wait for the meal was very acceptable.   When you have lovely views all around you, who minds waiting a little for service? 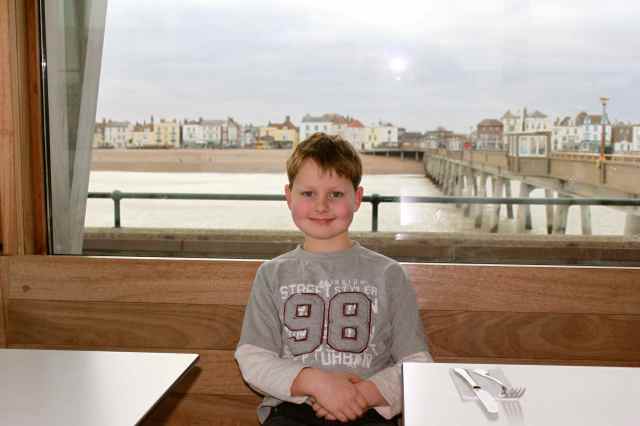 I ordered  a coffee, which was good, and a bacon, Stilton and grape salad.  11 WW points. 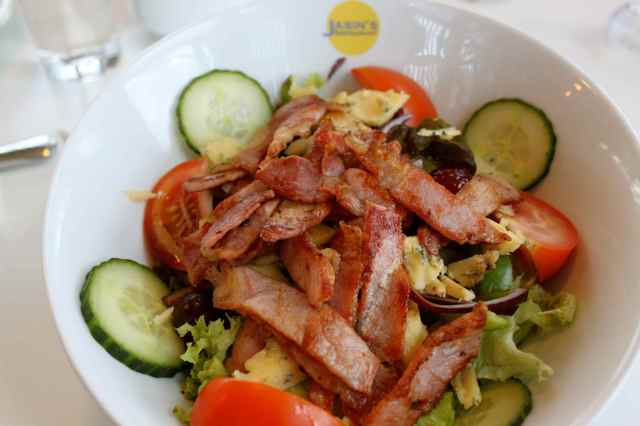 It was a perfect size, with generous amounts of bacon and Stilton and tasted very fresh.  My only complaint was that it came dressed.  I prefer the dressing on the side as I only like a small amount and this had a bit too much plus it contained Balsamic vinegar.  I like Balsamic but the flavour was too overpowering and I hate the way it discolours everything.  But that aside, I really enjoyed my lunch and we would all go back.

Harvey had the childrens cod and chips with peas which was a generous sized portion and he ate every scrap of it.  James does not quite embrace healthy eating as I do and went for the pie, chips, “can you replace the peas with beans please?” and a side of onion rings.  With coke.

After lunch we pottered about in the conservation area of the town.  We came across some delightful shops (forgive the tacky sepia tint but it was so Olde Worlde, if Charles Dickens had strolled by I wouldn’t have been surprised), 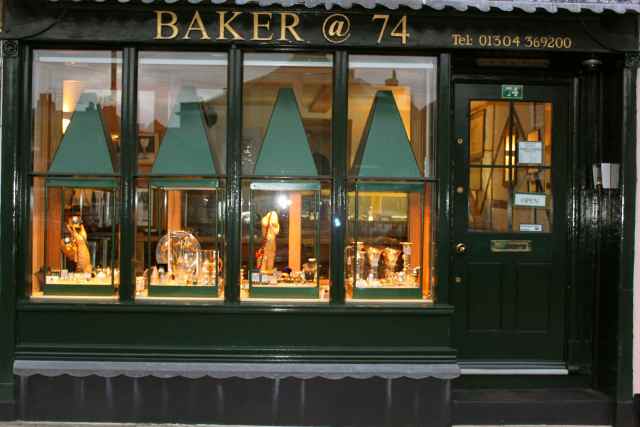 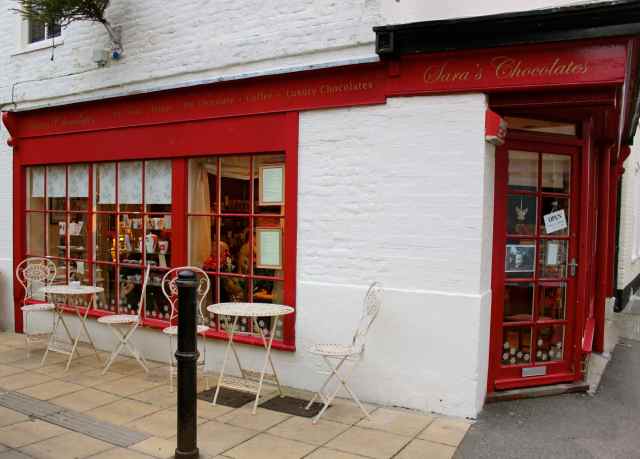 and of course a pub.

The houses in the conservation area are so pretty.  They are painted a range of pastel colours and are all different styles, shapes and sizes.  I guess that reflects the different times in which they were built.  The oldest dated building we saw was from the 1600s but I believe most were built between Georgian and Victorian times i.e. 1700 – 1900.

There were so many interesting details to observe.  Pretty windows. 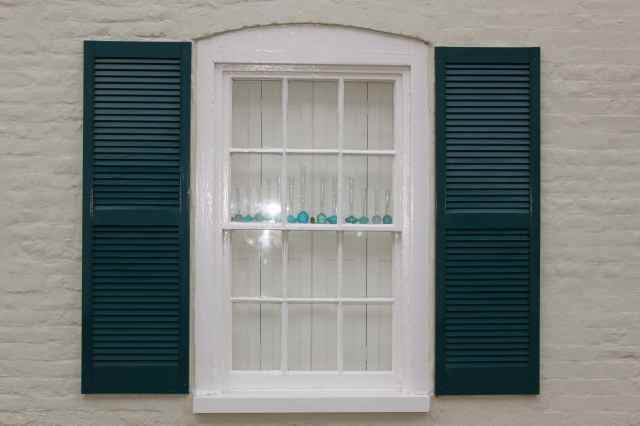 I could have photographed every other house, they were so charming.

Even the door knockers were lovely.

We eventually headed back to Ramsgate and popped in to a pub near the house which is only open 3 days a week.

It so happens it is open on a Saturday so we popped in for a pint.  It was ice cold.  Lovely. Worth every one of its 6 WW points. 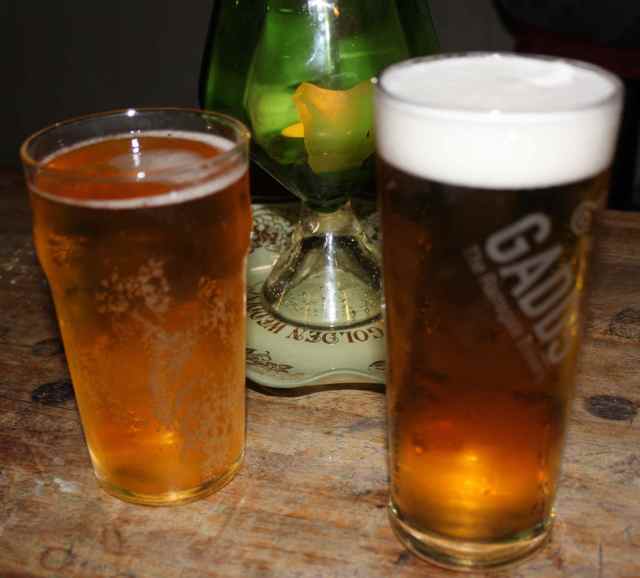 Dinner was quick and easy.  Chicken Balti curry made with chicken breasts and a jar of Seeds of Change Balti Sauce and rice with left over chick peas from the MORO chick pea salad.  Delicious.  16 WW points.

This evening I intend to drink my share of a bottle of Cabernet Sauvignon which will cost me 9 points.  So my daily total of 56 points seems high and I have used most of my weekly extras.  But I still have 9 points left of my weekly extras to add on tomorrow, so I am doing really well and living within my points :-).  One very happy dieter here.

Today has been filled with lovely food, sunshine and a fascinating walk around Deal.  Deal was great.

Hi! My name is Zoe and I live in Hastings, East Sussex, with my son Harvey and dog, Milton. I have been fighting the fat for years but this time I am serious. I want to lose weight and gain health. This blog is about how I am changing my lifestyle so I can lose weight but not by just "being on a diet" but by making small changes to our lives so that as I lose weight, I gain health. I want my family to be healthy too and never have to struggle with their weight like I have. In common with many large people, I have gained and lost weight many times over the years. This time, I want to lose it and maintain a healthy low weight. I am interested in eating food that is nutrient dense and delicious and that appeals to children and adults. I do not eat animal products so follow a vegan diet. I try to use locally produced food supplemented with what I can grow myself. I support and try to use local farmers markets and farm shops. Another objective is to add more exercise to our days. It sounds so simple when I write it down :-)
View all posts by Lose Weight and Gain Health →
This entry was posted in Beach, History, Recipe and tagged Bacon, Berries, Chicken, Nuts, Oats, Pumpkin, Salad. Bookmark the permalink.