Posted on October 27, 2013 by Lose Weight and Gain Health

What a fun weekend we have just had.  We ate plenty of nourishing, delicious and sugar free food, had a sleepover in London at my sister’s and saw the Boomtown Rats.  It was all really good fun and very enjoyable.

Saturday began with a slight disappointment as the scales at the Leisure Centre were out of order.  I have been trying really hard recently and wanted to see how I had done.

I bought some provisions at my favourite local shop, Hartley Dyke Farm Shop

This Rye bread was wonderful but Harvey and I both thought it was quite sweet so I need to check if it contains sugar.

I had one slice with butter and then another toasted with a perfectly cooked boiled egg which is an eating experience of pure and simple joy.

For lunch we had some Halibut I had bought from Hartley’s Fishmongers which was delicious.  It is a lovely fish, quite meaty and with a good but not too strong flavour.  I served it with some homegrown potatoes, aubergines and peppers I had roasted in the oven in coconut oil.  It was delicious.

In the afternoon we travelled up to North London where my sister Lucy and her family live.  She had cooked a delicious shepherd’s pie which was served with lots of steamed vegetables.  I managed to be very good and resist seconds, even though it was delicious.

and the four of us headed off to The Roundhouse in Camden to see the Boomtown Rats.

As was the venue.  I have never been to the Roundhouse before and it was really good.  I prefer standing at a concert as I think you get a much better atmosphere and most of this venue is standing room only.  We enjoyed a couple of beers, some fabulous music, a bit of a dance and a wonderful atmosphere.  It was brilliant .

In the morning I was treated to some homemade spelt and soya milk pancakes with cheese.  I had 2 of these and they were very moreish.

It would have been too easy to sit about drinking endless cups of tea and chatting but Sunshine (the dog) had other ideas so we set off for Hampstead Heath.  The architecture in North London is lovely.  There is such a variety of periods and styles it is an absolute pleasure to walk around.

Holly Village is quite enchanting. 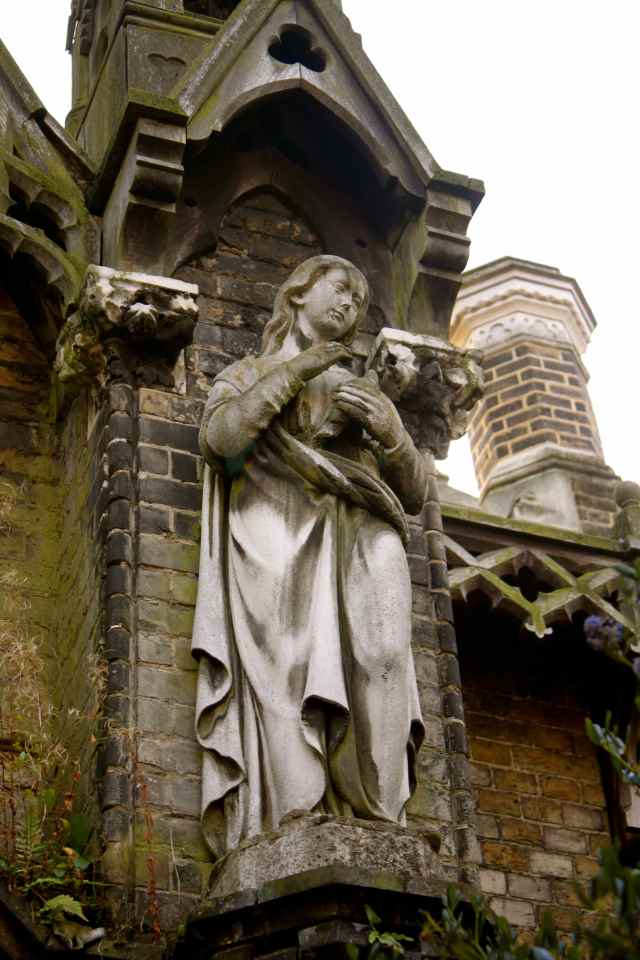 The sun did its best to shine through the clouds and occasionally managed to brighten up our day even more.

We walked through Parliament Hill Fields and almost immediately walked right past Ed Milliband.   Then another political commentator whose name escapes me.

If you ever want a beanfeast, head up to Parliament Hill and this place will cater one for you!

What a lovely walk it was.  There were lots of people out on the heath today, walking, running, jogging. scootering, chatting, pushing strollers, sitting and watching the world go by.  The mob on the right hand side of the photo below were enduring British Military Fitness – quite the thing to do on a Sunday morning it would seem judging by the numbers of different groups hard at it.  Not my thing at all.  For us, we enjoyed walking along, chatting and admiring the views of London in the distance.  It was quite hazy but we could see the Emirates stadium, part of the Olympic stadium, Canary Wharf, The City, St.Paul’s, The Shard and even the Roundhouse, where we had been the night before.

It was so good to spend time with my sister and her lovely family.

There are several ponds on the Heath.  This was the male swimming pond and there were 2 brave souls in it.  I really want to swim here one day and it is on the list of things to do. Not in the male pond, obviously!  There is a mixed pond and women’s pond too. 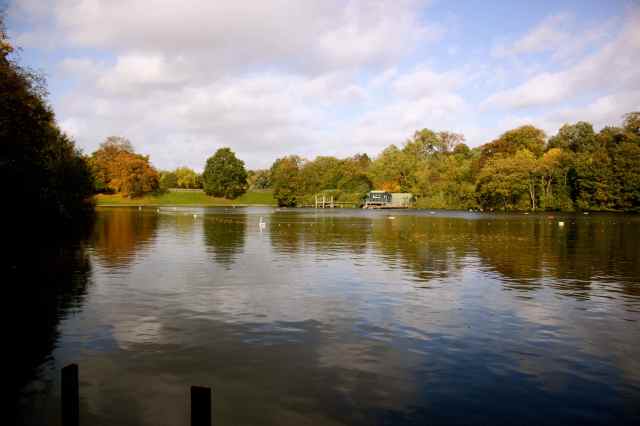 After a lovely long walk and a coffee we headed down to Covent Garden.  The boys went off to Forbidden Planet ( a huge store selling comics, action figures, Lego etc) and the girls managed a bit of shopping.  Well, someone has to 🙂

We all met up at Jamie’s Italian for a much needed meal. We had a late booking and were all very hungry.  We shared 2 bread baskets between 8 of us which we dipped in to olive oil.  Balsamic vinegar contains sugar so I had just oil rather then the dish of oil and vinegar mixed together.

We were in a booth which I always like.  It is more private and less hectic.

I had the Jamie’s burger with a green salad and 2 glasses of red wine.  It was all fresh, full of flavour and very delicious.  I had one chip and several polenta chips with it followed by a Cappachino. 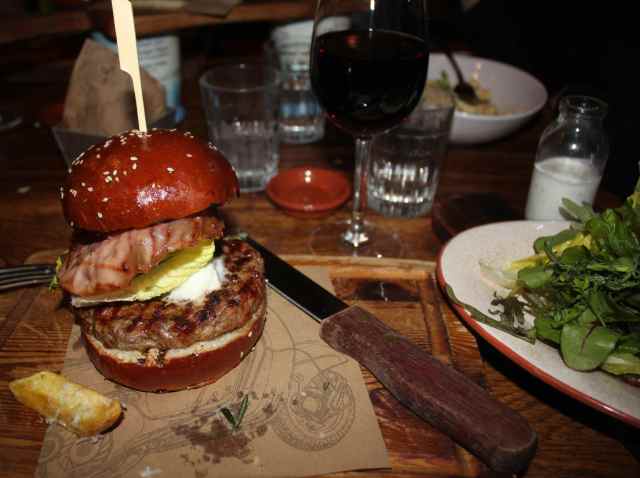 Thank you Lucy and Trevor for such a lovely weekend.  It was wonderful to spend time with you all and a bonus to do so many fun things.

Our train journey home took at least twice as long as it should have thanks to signal failures and cancelled trains.  We now have a severe weather warning in place in Britain tonight and tomorrow, with a major storm coming in from the Atlantic.  So batten down the hatches, be safe and only travel if you have to.