I was feeling much better today and the glorious sunshine streaming in to my bedroom got the day off to a beautiful start.  I made a very green, green smoothie for breakfast which I started 2 hours before I had it by soaking 1 tbsp hemp seeds and 1 tbsp coconut in some water. 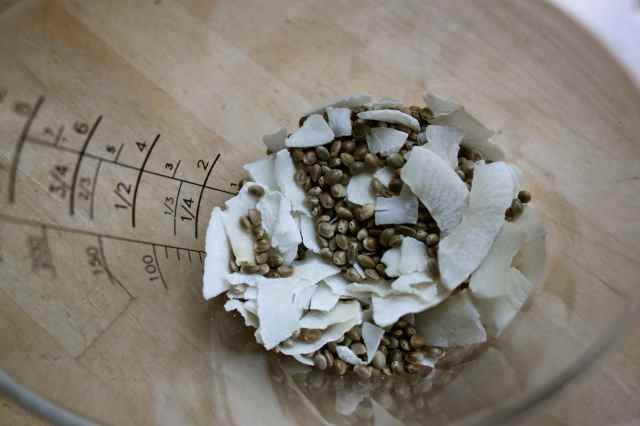 After 2 hours I added half an avocado, a stalk of celery, one lime and a large handful of kale plus some mint, parsley,  coriander and thyme. 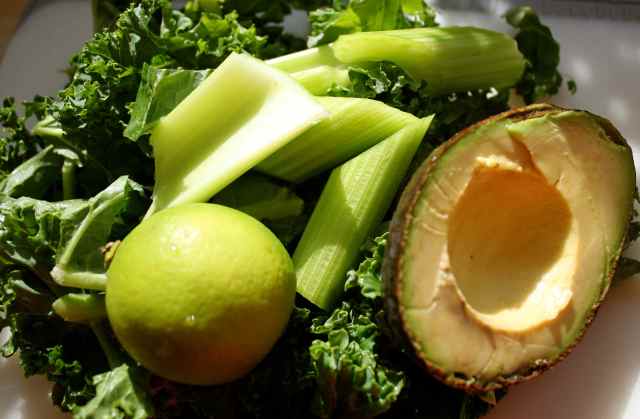 I confess this was not very pleasant but I drank it and thought about the healing powers of it all. 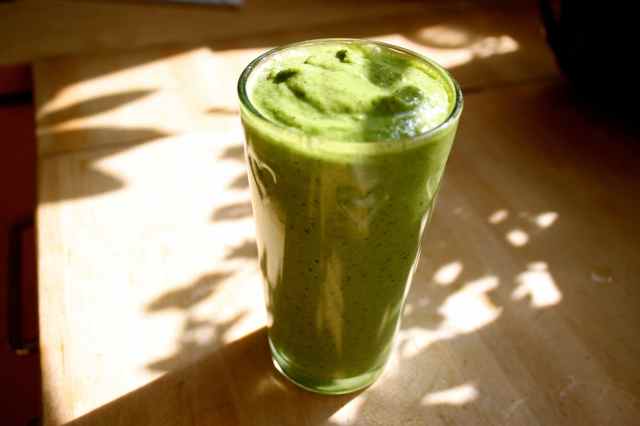 I have been wanting to make something using my Excalibur Dehydrator and I made some aubergine crisps first.  The point of dehydrating food, apart from preservation, is to maintain enzymes and nutrients in food by keeping them raw.  Dehydrators do not let the food get hot enough to kill the enzymes so they are still considered raw. 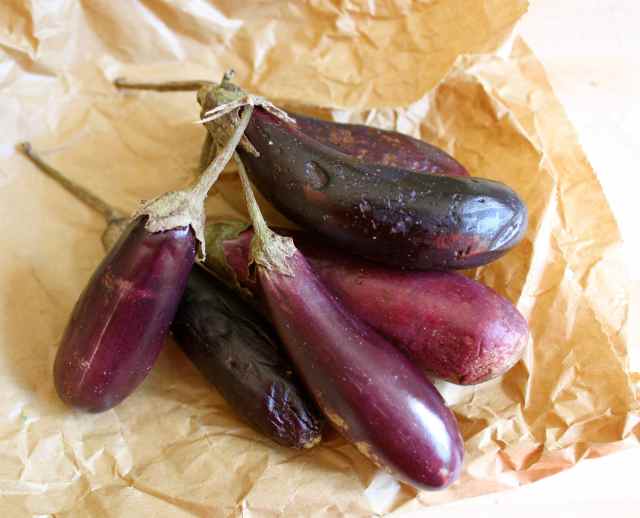 I made a marinade using 1 tbsp each of avocado oil, soya sauce and maple syrup and a sprinkling of paprika and salt.  I was inspired by this recipe on Rawmazing. 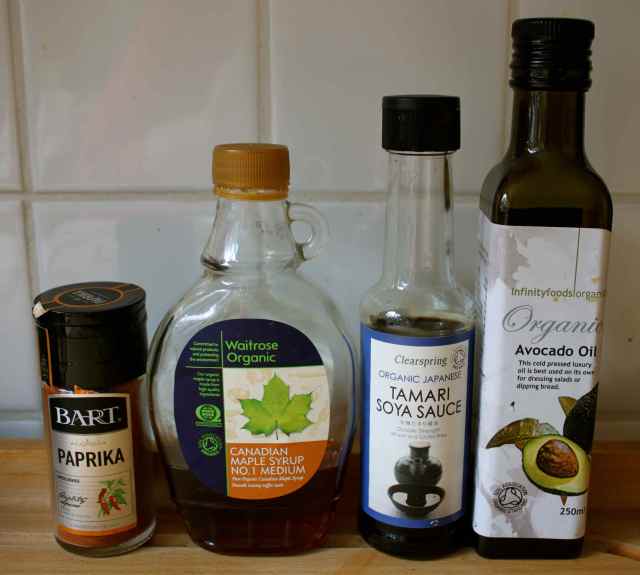 I mixed the marinade ingredients in a bowl, added the aubergine which I sliced very thinly and set aside for about an hour. 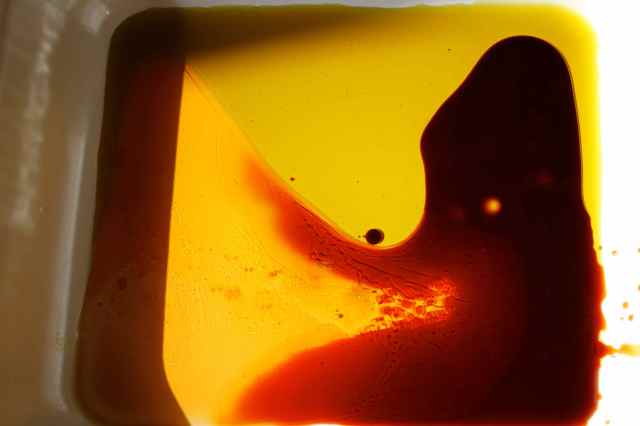 After an hour I placed the aubergine on the dehydrator trays. 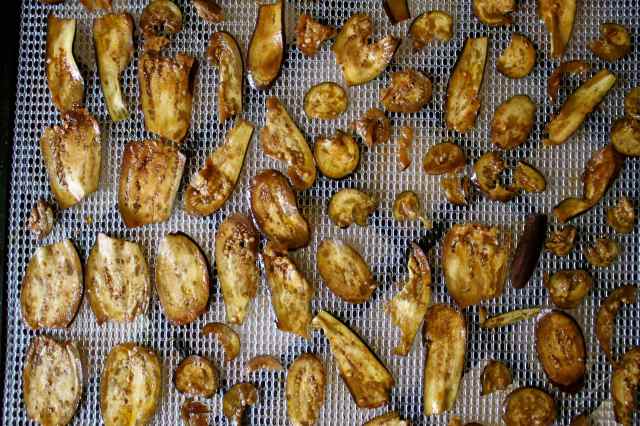 I put them in on 115 ° for an hour and then turned it down to 105 °.  Dehydrators are very simple.  There is a heating element at the back and a fan which blows the air over the food on the trays which dries it out.  There is a door which goes on the front to maintian the temperature. 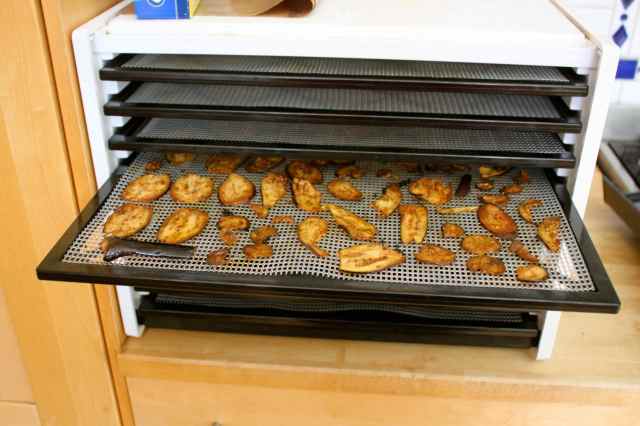 After about 10 hours some slices of aubergine were crispy but the thicker bits were still chewy.  So I have left them dehydrating a little longer. 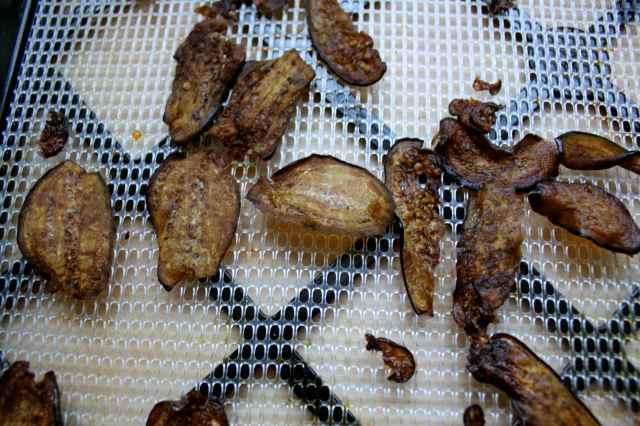 Next on the dehydrator menu were some nut and flax crackers.  I used this recipe from The Rawtarian.  I had to soak the walnuts, almonds and sunflower seeds for an hour. 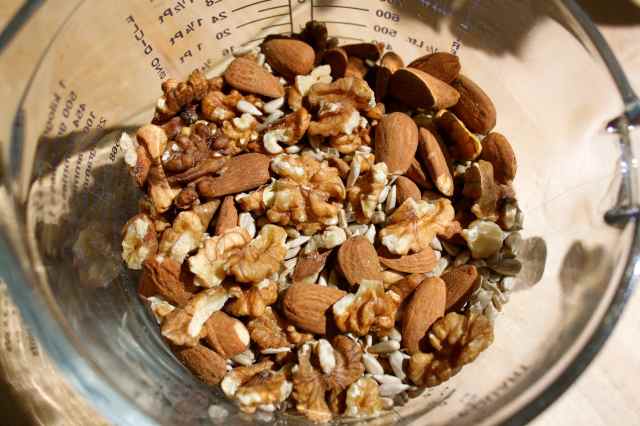 Mixing the nuts with the onion and tomato was a real challenge and both the VitaMix and my blender struggled.  After a lot of perseverance it was virtually done but some lumps remained.  I decided that rather then risk breaking one of my machines I would enjoy the texture. 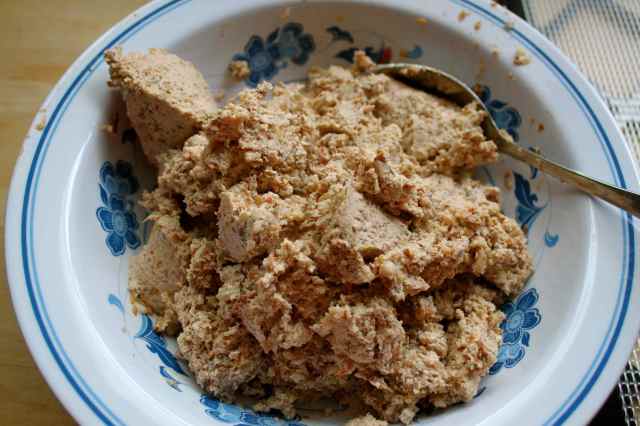 The next challenge was spreading the mixture thinly on a dehydrator sheet.  It stuck to everything and kept lifting up but I got there in the end. 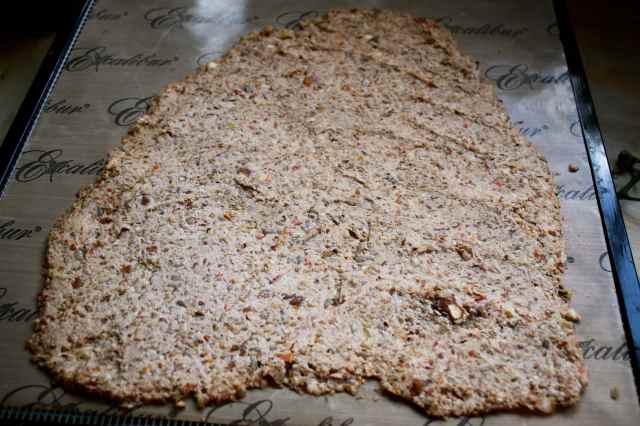 After about 6 hours they were dried out on top. 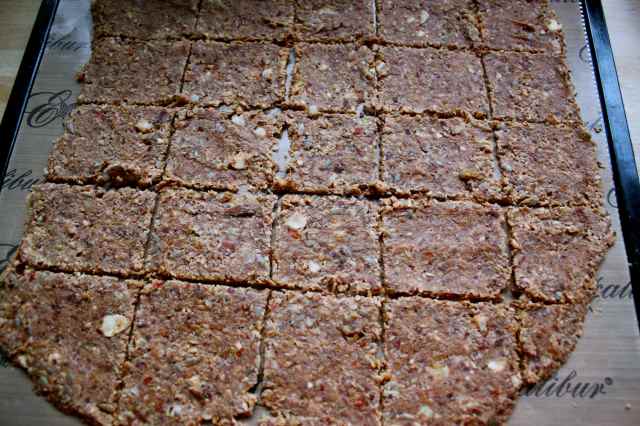 I turned them over and put them back in the dehydrator. 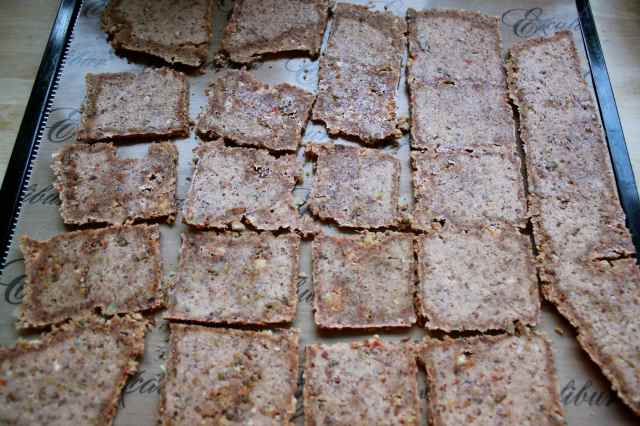 After 8 hours in total, they are still not crunchy so they are still dehydrating. They do taste really good already and I am looking forward to eating them tomorrow. 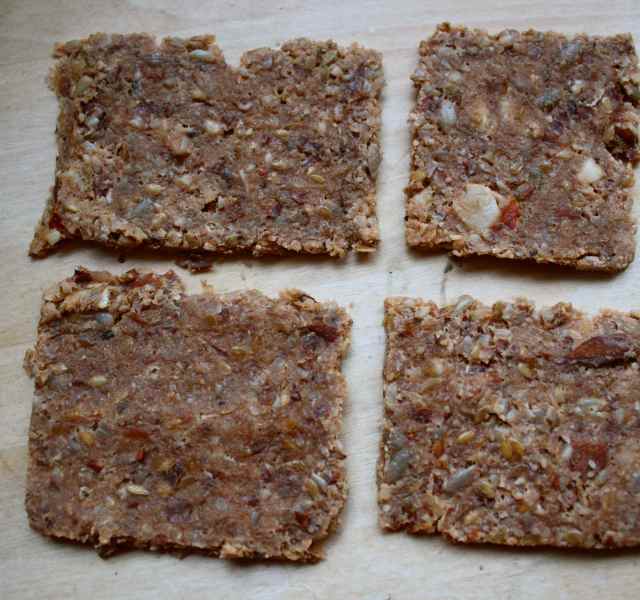 While all this food was dehydrating I made a very simple salad for lunch.  Approximately 5 different salad leaves, coriander, mint, tomatoes, celery and half an avocado. 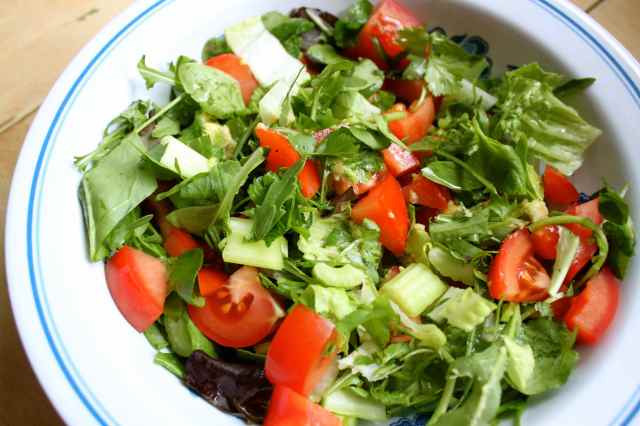 I mashed the avocado with a small amount of apple cider vinegar and salt and just mixed it in to the salad.  That was it. 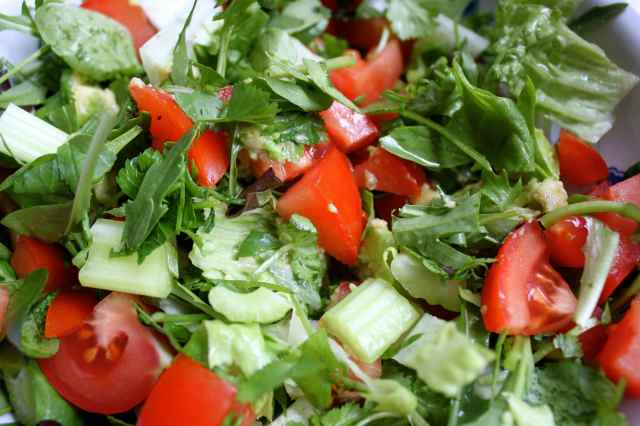 I had been intending to eat the aubergine crisps and nut and flax crackers with some guacamole or humous I planned to make.  But I had a bit of a relapse in the afternoon and the dried goods were not dry enough.  So I had a bowl of granola with probiotic yogurt and then spent some time in the garden in the very lovely late afternoon sun.

I planted out my little sweetcorn plants which are looking very healthy.  I just hope the snails and slugs don’t get to them.  I also planted some beer traps as I have so far lost purple sprouting broccoli, Brussel Sprouts and cabbage 😦 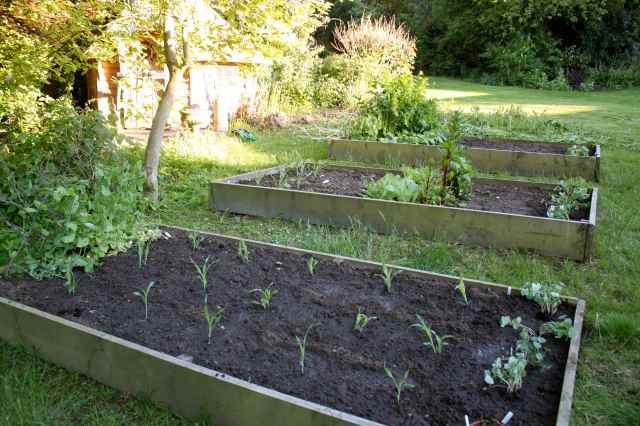 I love the light of the early evening sun. 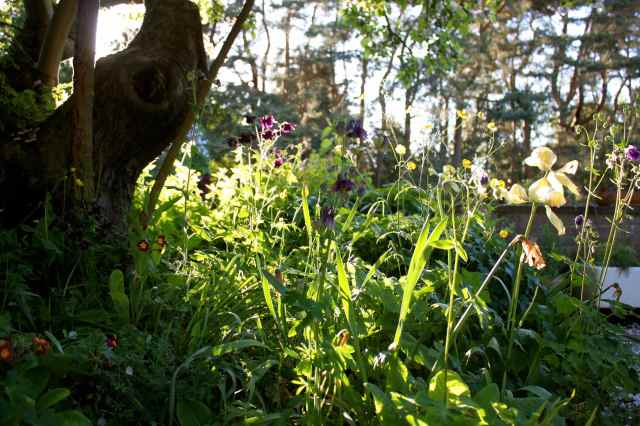 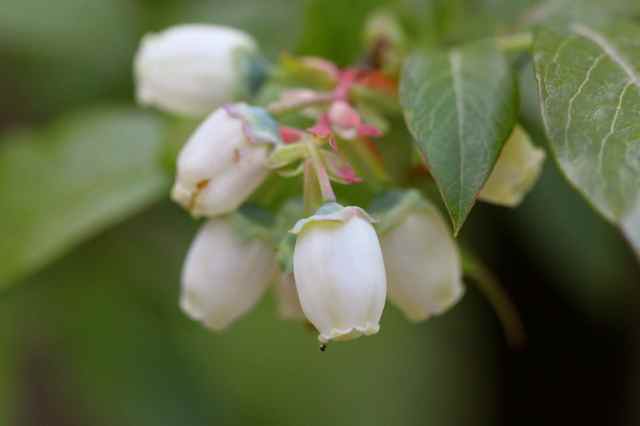 A strawberry in the making. 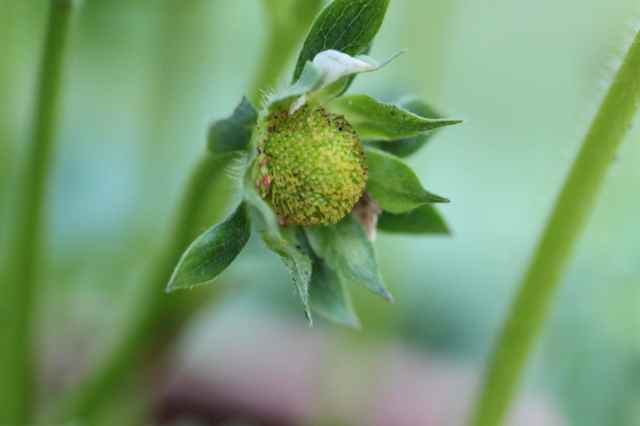 Harvey had a sore throat and I was still feeling delicate so I made us a hot drink with water, lemon juice, honey and finely grated ginger plus Goji berries. 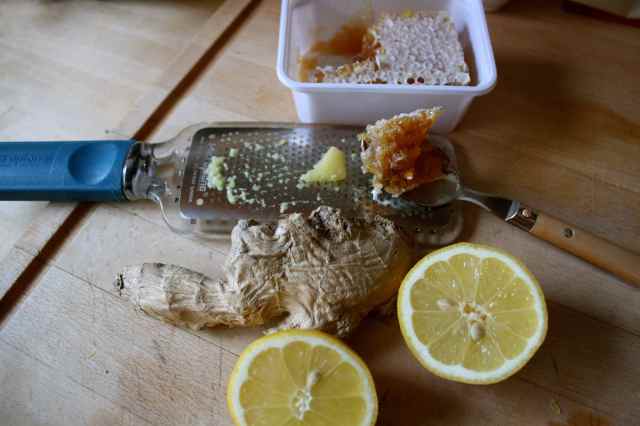 I had a tot of rum too, for medicinal purposes. 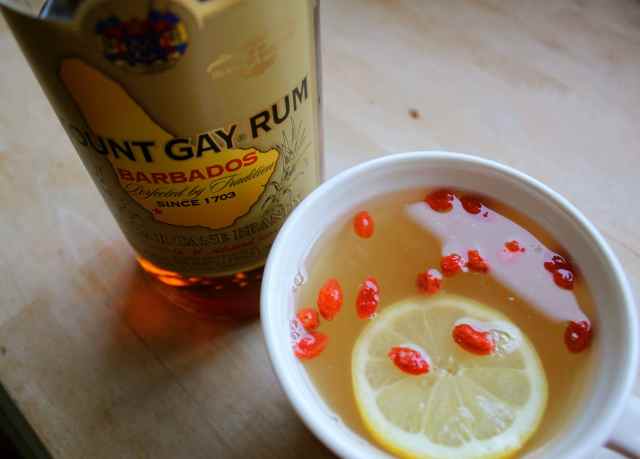 So I have eaten quite well today, apart from the granola.  I nibbled quite a bit of the nut and flax mixture so no idea really how many calories I consumed.  At least they were nutritious calories.  I do hope the dehydrated food is ready before I go to bed!

Hi! My name is Zoe and I live in Hastings, East Sussex, with my son Harvey and dog, Milton. I have been fighting the fat for years but this time I am serious. I want to lose weight and gain health. This blog is about how I am changing my lifestyle so I can lose weight but not by just "being on a diet" but by making small changes to our lives so that as I lose weight, I gain health. I want my family to be healthy too and never have to struggle with their weight like I have. In common with many large people, I have gained and lost weight many times over the years. This time, I want to lose it and maintain a healthy low weight. I am interested in eating food that is nutrient dense and delicious and that appeals to children and adults. I do not eat animal products so follow a vegan diet. I try to use locally produced food supplemented with what I can grow myself. I support and try to use local farmers markets and farm shops. Another objective is to add more exercise to our days. It sounds so simple when I write it down :-)
View all posts by Lose Weight and Gain Health →
This entry was posted in Uncategorized and tagged Flax Seed, Green Smoothie, Nuts. Bookmark the permalink.