Posted on October 30, 2012 by Lose Weight and Gain Health

James chose today’s activities which means we were up close and personal with nature.  For years he has wanted to head off in to the Everglades so we all went too.  En route we stopped off at a superb eaterie called  Made 2 Order where we all had an amazing breakfast.

We had a table beside the docks.

It was sunny and the view was lovely.

There was an extensive breakfast menu – I wonder if anyone actually orders ‘ The Heart Attack’ ! 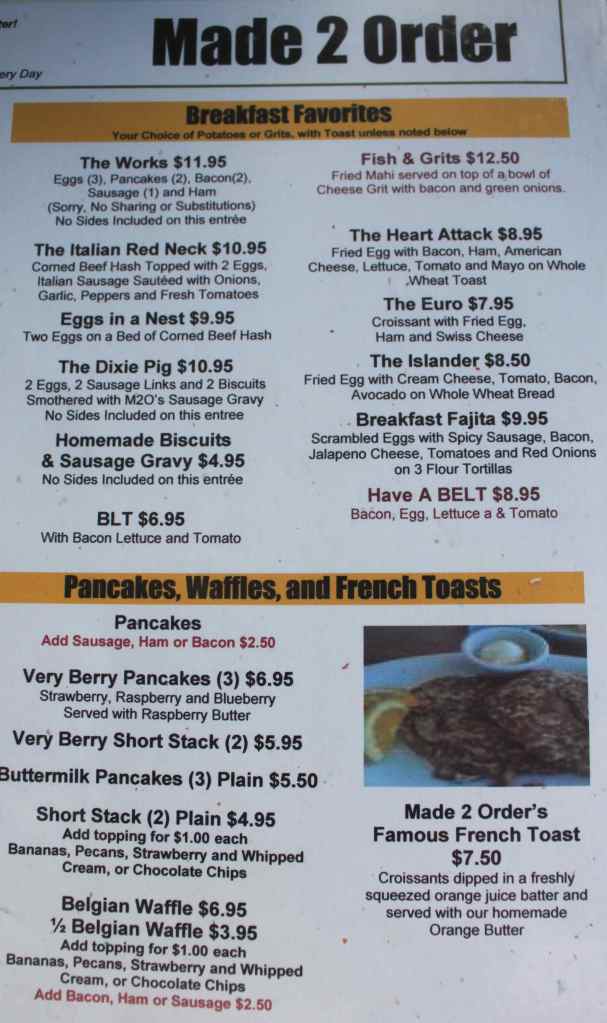 I went for the Very Berry Short Stack pancakes (there were 2) with bacon.  They were served with raspberry butter which was butter whipped with raspberries and icing sugar – absolutely delicious.  The pancakes had pureed berries inside which made them this dark colour.  One of the best pancake breakfasts I have ever had – and I have had a few!

I drank freshly squeezed orange juice and coffee.  I was very grateful to such a large breakfast later on in the day!

We arrived at Shark Valley in the Everglades National Park. 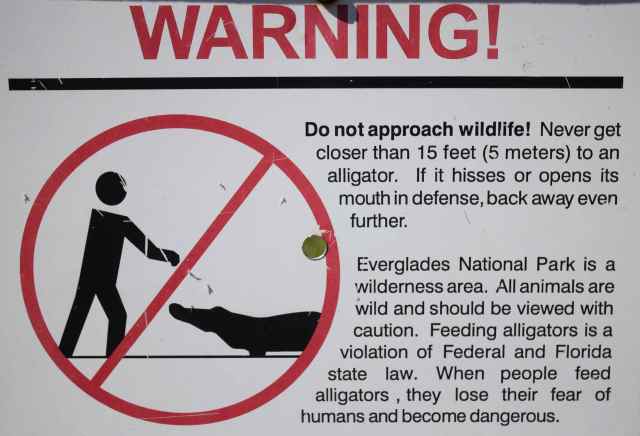 I am really scared of alligators due to a very close encounter with a huge Saltwater Crocodile in Kakadu, Northern Australia.  That encounter still haunts me today, 22 years later, so I was a very reluctant visitor to the Everglades.  In fact, I confess now, that on setting off for a walk and seeing a huge alligator immediately, I was in tears.  Tears of terror. 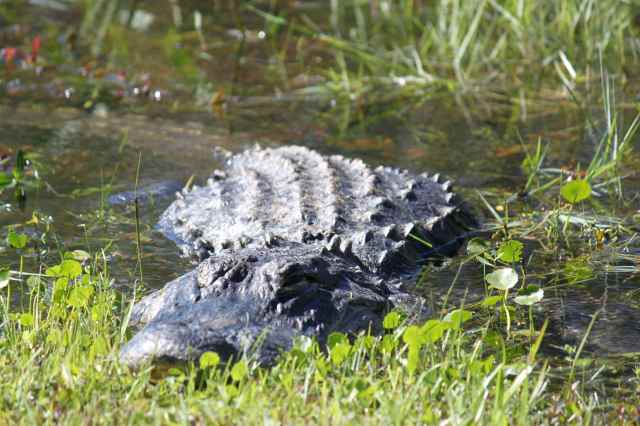 But I wanted to do this and I also knew that I didn’t want to prevent Lara and Harvey from heading off in to the wilderness.  I didn’t want to impose my own fears on them and I knew I would find it more relaxing to be with them than to be waiting at the Visitor Centre where I would have spent 2 – 3 hours verging on the hysterical with my imagination in over drive.

I chatted to a very kind Ranger at the Visitor Centre who assured me that as long as we kept away from the alligators we would be safe and in her many years of working there she had never experienced an alligator attack.  So we hired bicycles and I set off to confront one of my Demons.  I thought I had a better chance of fleeing on a bicycle than on foot.

I soon realised that I had been unlucky by seeing such a large alligator near the Visitor Centre.  Most of them were quite small.  There were loads of them though; one in front and one behind in this picture.

We set off on a 15 mile loop which had a look out tower in the centre.  We took plenty of water but no suncream which was stupid.  Due to Hurricane Sandy it is still very windy here so one forgets how sunny it is.  Plus we had long sleeves and trousers on to protect against the mosquitos (which we didn’t actually experience) but I forgot about my face and neck.  Anyway, I began to relax and actually enjoyed the experience.  I even found this little baby alligator rather cute. 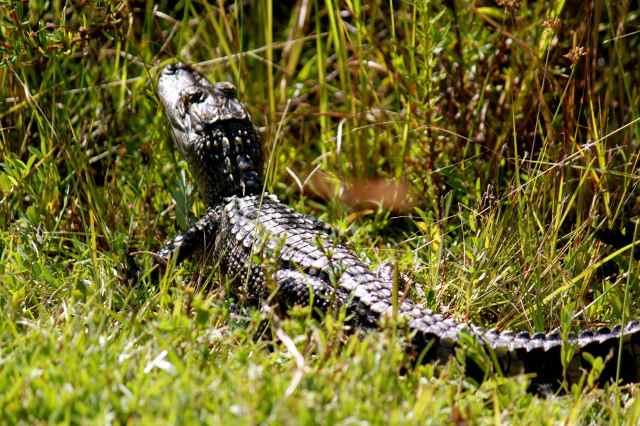 The path was tarmac’d so the alligators come out to bask in the sun.  We always kept Harvey close to us (as the smallest he would be the likely victim in the event of an attack) and he was sensible around the alligators and didn’t race ahead or do anything silly so my constantly rising hysteria was kept in check.  Seeing large alligators, especially when they showed their teeth, terrified me every time though.

However, we all kept going. 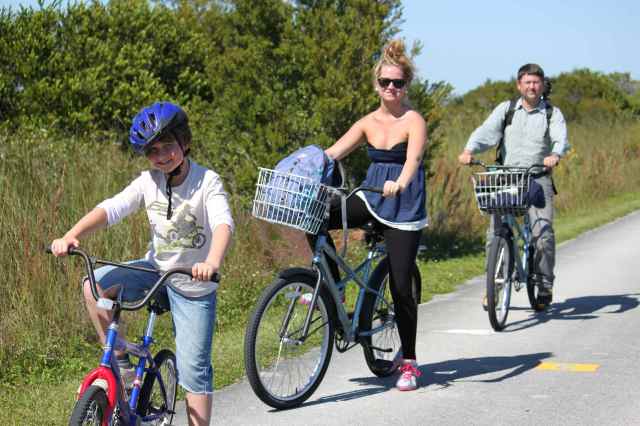 The look out tower was a welcome sight, mainly because it meant we were half way round the loop 🙂

The views from the top were good and it provided a shady respite from the hot sun. 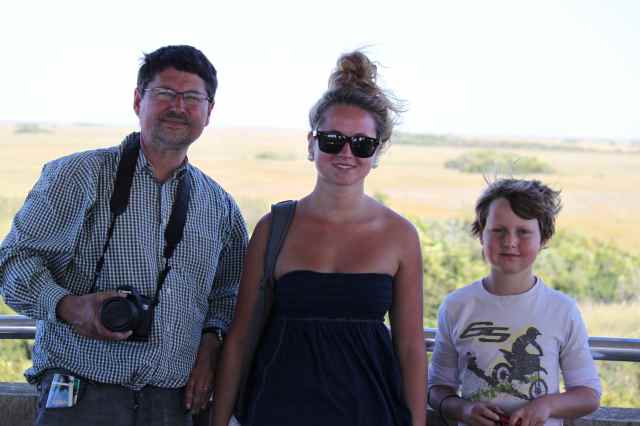 We had water and an energy bar to provide fuel.

We saw several snakes, large terrapins and alligators.  Lots and lots of alligators.

We also saw lots of birds: Vultures, Kestrels, Egrets and Cranes to name a few.  I enjoyed seeing several grey cranes and particularly enjoyed seeing them in flight – they are so graceful.

Most of all, I enjoyed seeing the Visitor Centre again !  15 miles seemed a very long way, especially the last 5 miles as we were cycling in to quite a strong wind (about 35 mph according to the weather forecast).  Apart from the stationary bicycle at the gymn last night, I have not ridden a bike for years so I found it hard going.  Lara did a sterling job of encouraging me and the fear of being left in the park with the alligators propelled me to the end.

Lara and I are very burned and have bright red and sore faces.  Harvey’s helmet seems to have protected him and James rarely burns so he was lucky.  We got caught up in the Miami rush hour so coming home took much longer than we had planned.  We didn’t sit down to eat until 8 pm, about 12 hours after breakfast, so we were very hungry.  I may even have been a tad grumpy but that is perhaps a matter of opinion 🙂

No salad for me tonight.  Linguine in a creamy sauce with blackened chicken, cheese and 2 bread rolls.  I devoured the lot in about 10 minutes and drank a beer while we waited for it.  I can’t even remember the name of the restaurant as we were in and out in a lot less than an hour because we were all tired and too hungry to take in and appreciate the surroundings.

So today was not the day I had planned ( I was expecting a short walk on a boardwalk and a ride in either a large bus or boat) but it turned out rather well and I enjoyed my trip in to the Everglades.  I enjoyed the cycling and the physical challenge of the day.  Most of all, I will enjoy sleeping tonight, knowing I tamed one of my big fears slightly and didn’t spoil my family’s pleasure in one of the world’s extraordinary ecosystems.