I have been in a stressy stodgy funk for a few days.  Not sleeping well which makes me tired which makes me eat garbage which makes me feel bad which makes me feel stressed and so it goes.  On and on.  Having eaten my weight in biscuits yesterday (they were provided and laid out on the table, just in front of me, during a 5 hour workshop) and then a curry in the evening, I decided something drastic had to be done.

I committed to just having smoothies and juices today.  And teas.  I took a mug and a selection of teas to work that I knew I could enjoy without milk.  I didn’t drink all those teas but I enjoyed 3 mugs during the day.  Important for staying well hydrated. 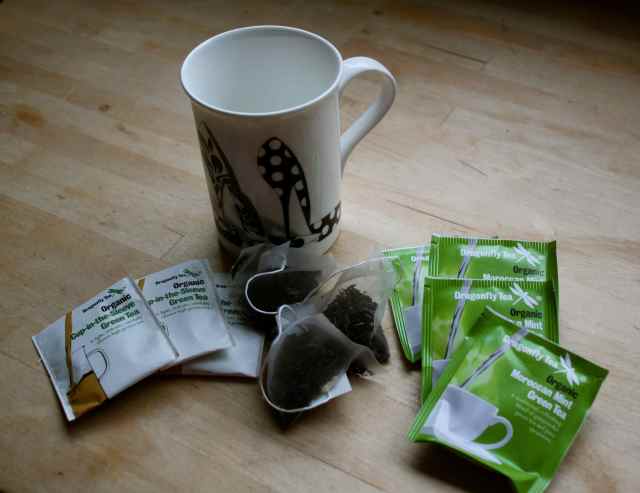 I went to work much later today than normal as I was returning my nephew to his family. Harry has been staying for a couple of days which we have all enjoyed very much.  I don’t usually eat anything until I get to work but as I was going in much later today and because I thought Harry may be hungry, I made 3 small smoothies with 1 large mango, 1 cup of blueberries, 2 tbsp chia seeds and 1 large scoop vegan protein powder. 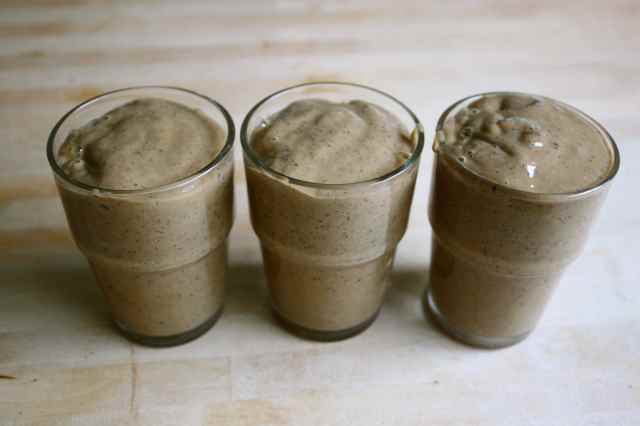 Obviously they had to be enjoyed whilst wearing 3D glasses 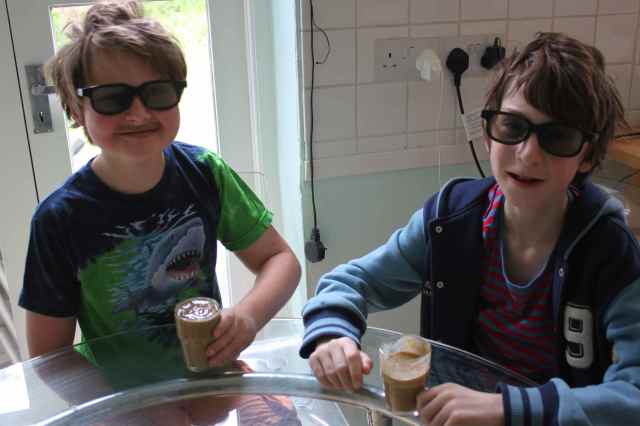 I did have a skinny latte on the way in to work which I would have been better off without but it was just the one all day.

At lunch time I went to Borough Market.  I was so excited when I saw these as I thought they were Alphonso but they are a different type.  I bought 2 to try and will let you know what they are like. 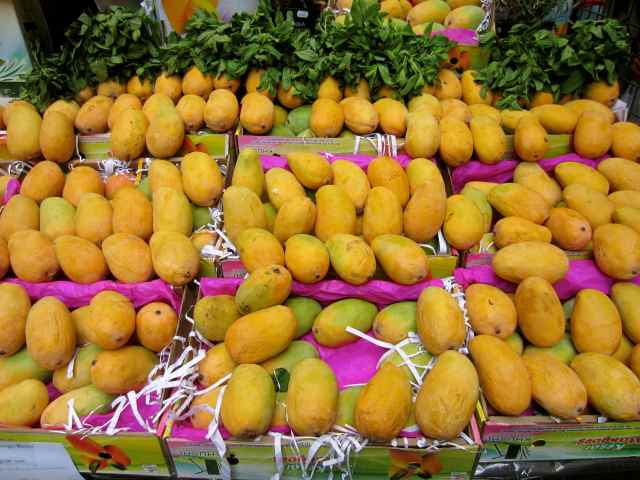 The Smoothie Bar was open today so I had a wheatgrass shot and a green juice which was made with apple, celery, parsley and something green and leafy.  It was very good. 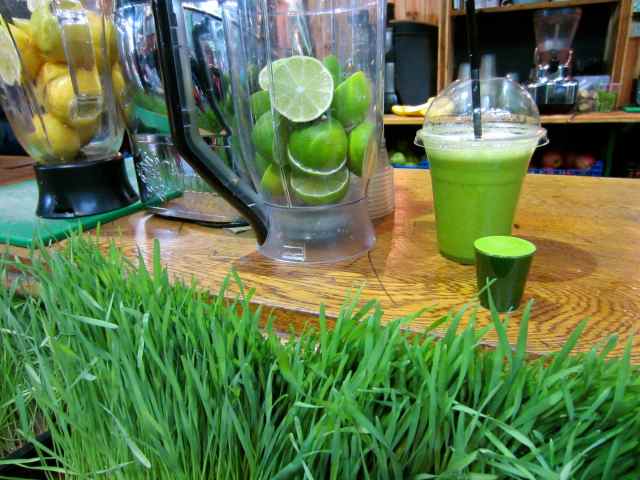 A close up of the previous shot?  No, I did actually have 2 of each.  They sell the juice with the wheatgrass in it but I really dislike wheatgrass so I have it separately so I can just chug it down and then enjoy the juice. I didn’t think one juice would be enough to get me through the afternoon so I had 2. 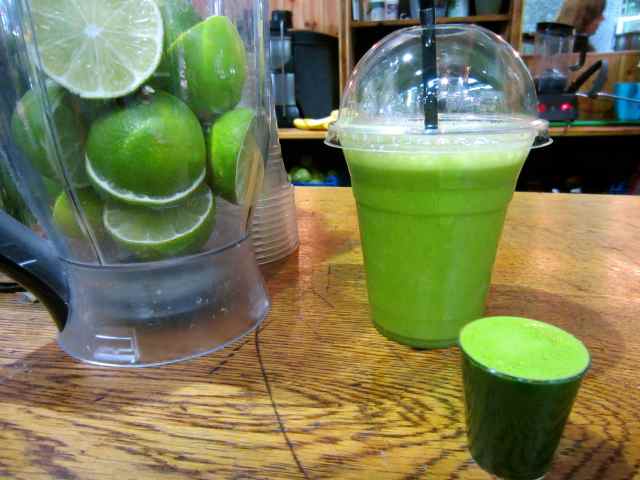 What is this?  Is it a bike?  Each of the 8 “cyclists” was pedalling which jointly moved this contraption along.  This picture was taken at the end of London Bridge as they turned right in to Tooley Street.  They seemed to be enjoying themselves. 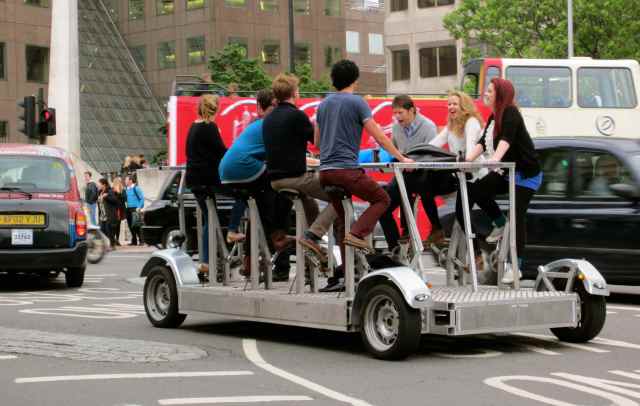 Supper time.  This is what I had.  Yes, just this. 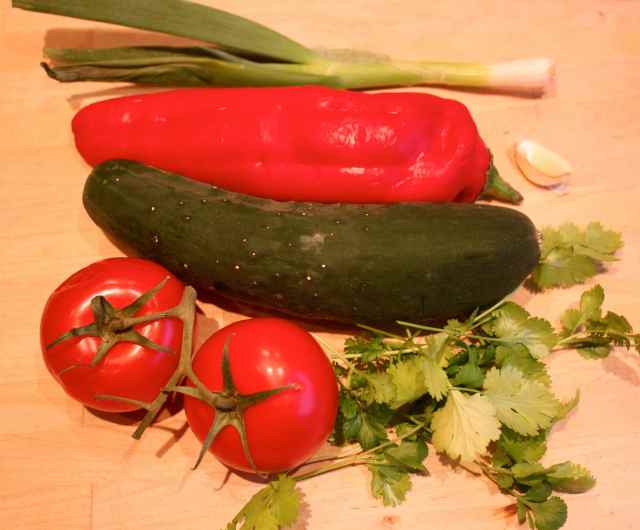 All put in to the blender and blitzed until smooth.  I have not had garlic or tomatoes in a smoothie before and was rather dubious.  It actually tastes ok, a bit like a gazpacho.  Not amazing but drinkable. 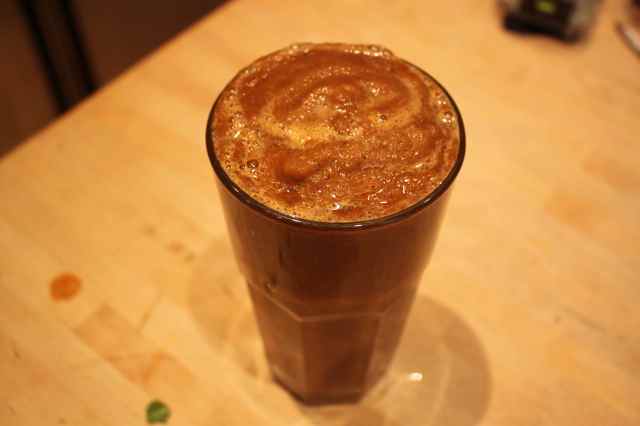 I feel very pleased with myself for drinking so lightly today.  Phew – I can do it 🙂

Someone is missing his cousin 😦 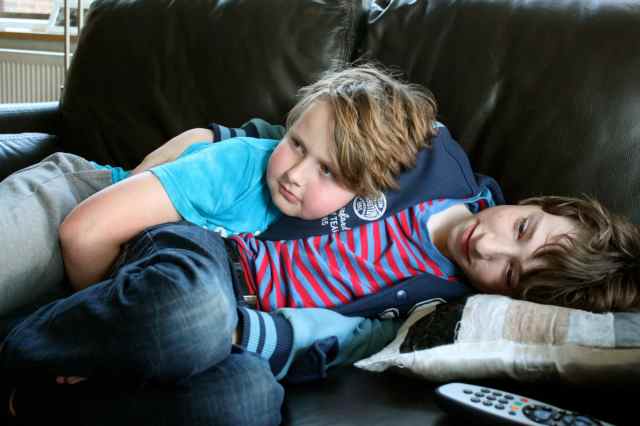