I was so excited to wake up today because I was off to Wimbledon.  I manage to get tickets most years and it is one of my favourite days out of the year.  I lurve tennis 🙂 .

I had a healthy start to the day with porridge made with oats, oat bran, chia seeds, banana and soya milk, topped with fresh raspberries and 1 tsp almond butter.  Those raspberries were wonderful.

I made a packed lunch to take with me.  Kent cherries are ripe – best cherries in the UK are Kent cherries when they have just been picked and you can buy them from orchard side stalls.

I also made up a large tub of salad, using some of the leftover vegetables from last night’s dinner plus fresh and raw celery, cucumber, tomatoes, an apple, cottage cheese and nuts.

I also packed a bottle of wine but brought most of it home later – not in a boozy mood today.

When I saw the order of play, I was disappointed.  I have been lucky enough to see most of the top players before and the one person I really wanted to see was Murray but he was on Court One and we had Centre Court tickets.  I could just hear my Mother admonishing me for moaning.  She would have said “you should be ashamed of yourself  – you are jolly lucky to be going at all”!   Yes, I agree I was extremely lucky.

I went with my sister Lucy and we met early and settled on to Court 19 to watch one of the Boys Singles matches.

We chose to watch a Brit, Peter Ashley who played a young Spanish player, Toledo Bague.  It was a good match but Ashley lost.

We took our seats in Centre Court.  We were really high up, opposite the Royal Box.

First up was Federer against Malisse.  What a legend.  He is one of my favourite all time ever sporting heroes.

Yes, it rained, so the covers came on.

Not for long luckily!  Why don’t they just close the roof?

It was a bit of a frustrating match because Federer had a back injury and didn’t seem to get in to a rhythm.  But he won and I hope he recovers before his next match.

After the Federer match we went for afternoon tea.  We shared 4 little seafood sandwiches. 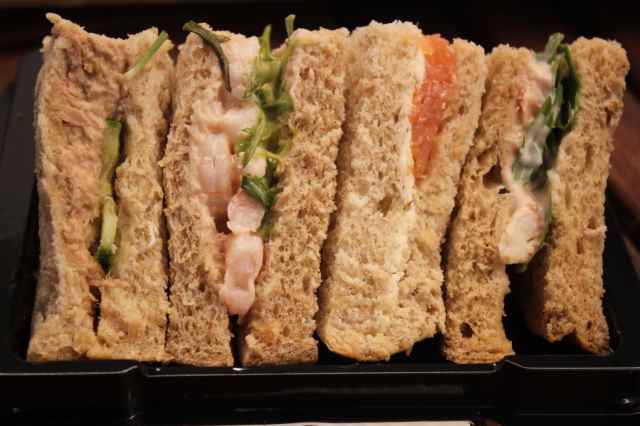 We also shared a slice of Victoria sponge cake and a scone with clotted cream and jam.  And chatted.  And chatted.  So much we managed to miss the second match on Centre Court.  Oops – we missed a gruntathon between Ivanovic and Azarenka!  When we got back the roof was on and we were the only court where play continued.  Jolly lucky I didn’t have seats to watch Murray since rain stopped play!

Back on court we enjoyed Djokovic Vs Troicki. 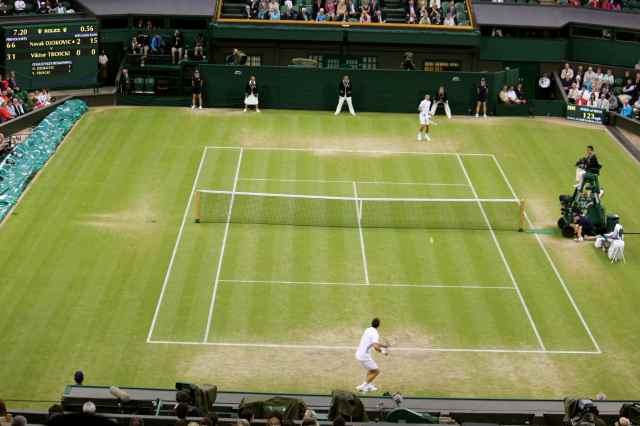 The score board did not seem to reflect what a great match this was and how amazing some of the tennis was. 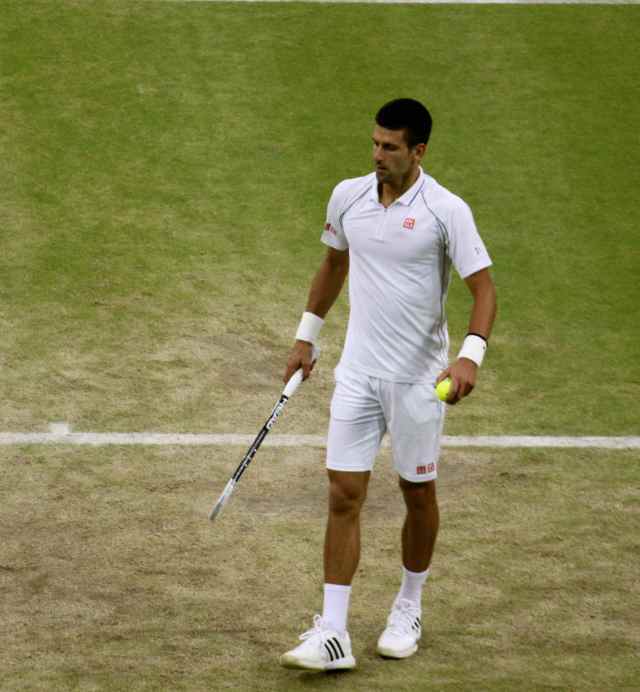 After a little bit of shopping it was time to head home.  Not before we asked a passer by to take a photo – shame they did not have steady hands :-(.

I had a wonderful time at Wimbledon, enjoyed some great tennis and loved having my sister Lucy all to myself all day.  I was jolly lucky indeed.

Hi! My name is Zoe and I live in Hastings, East Sussex, with my son Harvey and dog, Milton. I have been fighting the fat for years but this time I am serious. I want to lose weight and gain health. This blog is about how I am changing my lifestyle so I can lose weight but not by just "being on a diet" but by making small changes to our lives so that as I lose weight, I gain health. I want my family to be healthy too and never have to struggle with their weight like I have. In common with many large people, I have gained and lost weight many times over the years. This time, I want to lose it and maintain a healthy low weight. I am interested in eating food that is nutrient dense and delicious and that appeals to children and adults. I do not eat animal products so follow a vegan diet. I try to use locally produced food supplemented with what I can grow myself. I support and try to use local farmers markets and farm shops. Another objective is to add more exercise to our days. It sounds so simple when I write it down :-)
View all posts by Lose Weight and Gain Health →
This entry was posted in Uncategorized and tagged Cherries, Porridge. Bookmark the permalink.